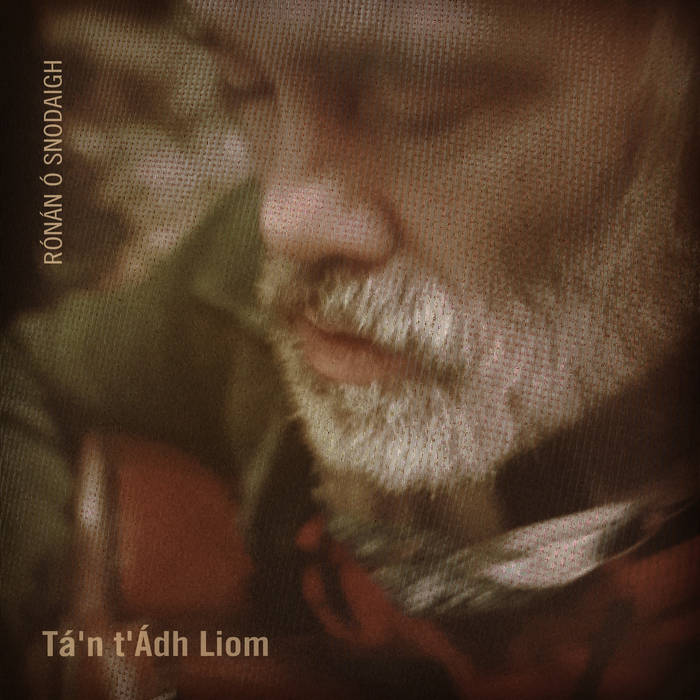 colpatterson This track takes me away from my sadness into a beautiful land of calm mindful hope. Brilliant music.

John of the Apocalypse

Tá’n t’Ádh Liom – Is a reflection on unexpected grace or luck, a guitar song in Irish, this recording came about from a chance opportunity to call in on an old friend for a cuppa tea after a long time of isolation.

Rónán Ó Snodaigh, better known for his singing with the group Kíla, has had weekends at home for the first time in thirty years as all gigging stopped. He spent the year writing songs, playing and practising music and reflecting over his career. 2020 has been a year of ups and downs for Rónán and KÍla, live touring came to an abrupt halt midway through their European St Patricks weekend tour while they have had big successes from their work in film with an IFTA win for their score for the Oscar longlisted Irish film Arracht, and their collaboration with Bruno Coulais on the score of the recently released Cartoon Saloon film ‘Wolfwalkers’ winning much critical acclaim. Rónán is currently working on a solo album which will be released in 2021.

Myles O Reilly, film maker and musician, also found his life and work turned upside by the pause in live performances. Through the opportunity of borrowing a Moog, an early analogue synthesizer, Myles has spent much of 2020 creating and composing ambient electronic music under the name Indistinct Chatter. October saw his first release; ‘Cabin Lights Off’ which was RTÉ1 album of the week.
Myles has spent much of the last 10years accompanying musicians as they tour and play to audiences, documenting their work on film, giving viewers unique insight into artists and their work and artists a platform to showcase their work through crafting magnificent videos available free to watch through www.arbutusyarns.net.

Tá’n t’Ádh Liom was recorded from a live performance at Myles O Reilly’s home.
It was mixed by Myles and mastered by Seán Mac Erlaine.

‘Being an attempt at an independent individual I didn’t expect to be lent a hand by anyone; Angels, Grace, Gods or otherwise. It appears I have been helped a lot along the way and maybe I have just stopped long enough this year to notice how lucky I have been and how much grace has been bestowed on me.’ – Rónán Ó Snodaigh

Luck is with me.

My mind was nearly lost there.
My heart was nearly broken there.
My promise was nearly to the demon there.
I nearly turned my back,
from the top down.

But that is not what happened to me
Nor what was in store for me
That is not what was to befall me
Maybe luck was with me
Luck with me
Like an angel overhead
Working on my behalf
Unbeknownst to me.

That slope was nearly too steep for me
The world was nearly too fractured for me
I nearly turned my back
From the top down
But that is not what happened to me..

Rónán Ó Snodaigh is a founding member of the celebrated traditional Irish/world music band Kíla. He is one of Ireland's best and most innovative bodhrán players and a highly original singer songwriter. Described by John Walsh (Hot Press) as 'the living embodiment of Turlough O Carolan and Bob Marley', and by a fan as ‘…The Jimi Hendrix of Bodhrán' ... more

Bandcamp Daily  your guide to the world of Bandcamp

Featuring interviews with the mighty Haitus Kaiyote and genre-busting L'Rain.